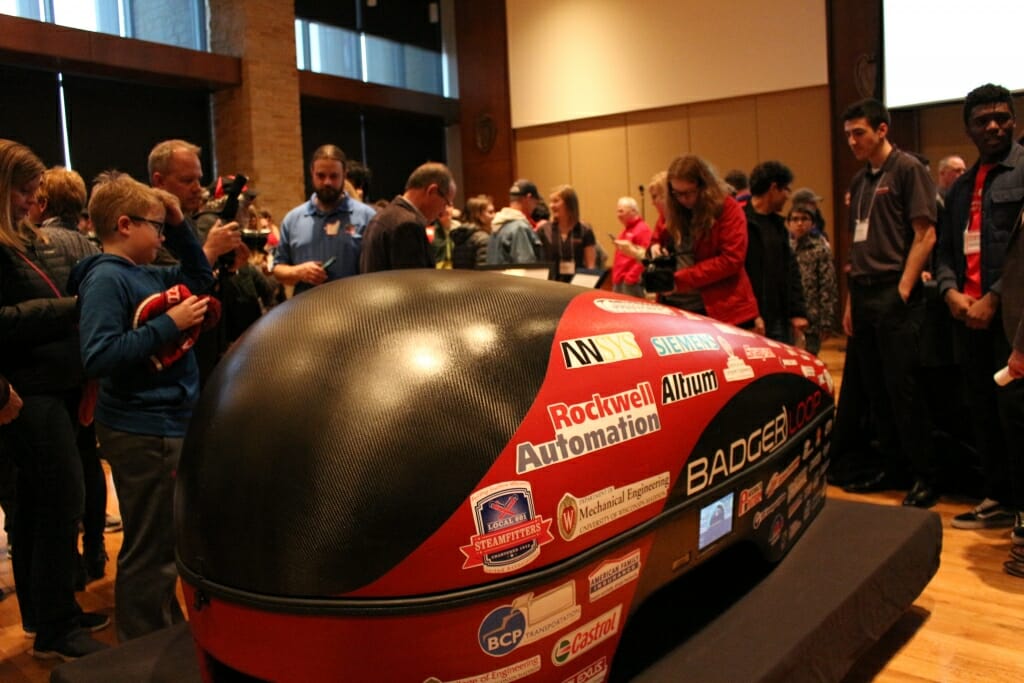 The Badgerloop Pod III is seen at a recent unveiling. The UW–Madison Badgerloop team’s latest entry is on its its way to the 2018 SpaceX Hyperloop Competition in California. UW-Madison College of Engineering

Safely packed away in the trailer of an 18-wheeler, a sleek and futuristic teardrop-shaped vehicle with a distinctive cardinal-red-and-black carbon-fiber shell is making its way from Madison to Hawthorne, California, to compete in the third SpaceX Hyperloop Pod Competition on July 22.

If all goes well, the pod will soon hurtle one mile through an airless tube at the SpaceX hyperloop test track at speeds far quicker than any truck on the highway.

“We’re hoping to break 300 miles per hour,” says Kali Kinziger, the president of Badgerloop, a student organization at the University of Wisconsin–Madison devoted to realizing hyperloop transportation: a future where people travel between cities in supersonic-speed pods through a network of subterranean tunnels.

The UW–Madison students will face fierce competition: They will pit their pod against 19 other teams from universities around the world. However, the Badgers are confident their hard work will pay off.