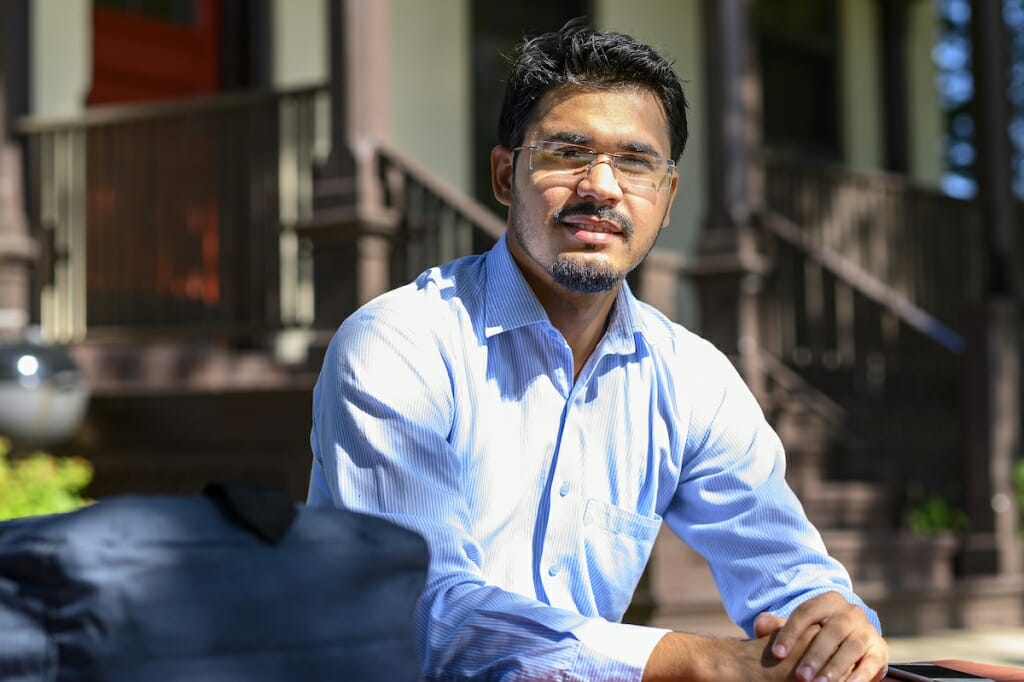 The story shocked Pakistan, turning a boy into a national martyr.

In 2014, teenager Aitzaz Hasan confronted a suspicious man outside his school of 2,000 students in the village of Hangu. The man detonated a suicide vest, killing himself and Aitzaz but sparing everyone else.

Muhammad Shayan did not know the boy, but the story moved him deeply. He secured the family’s blessing and last year started the Aitzaz Hasan Educational Scholarship. In its first year, the fund benefitted six academically brilliant but poor students at the high school that Aitzaz attended.

“The poverty is so acute in the village that many children are forced to work to provide for their families instead of go to school,” says Shayan, a first-year graduate student in the Robert M. La Follette School of Public Affairs at UW–Madison. “The smallest expense, even something like school supplies, can be a barrier.”

For Shayan, launching the scholarship was another way to live his values. Just a few years ago, he was pulling down a good salary and living comfortably as an engineer for a large business conglomerate in his native Pakistan.

But something nagged at him. On his daily commute, he witnessed extreme poverty around him — people living in mud shacks, barely surviving.

“I faced a basic moral question every day,” he says. “What should I be doing to help the disadvantaged?”

The answer led him to quit his job after about nine months. He spent the next year searching for the right cause to support before joining a nonprofit organization that helps people in underprivileged communities. Ultimately, his new career path brought him to UW–Madison.

Shayan began work this fall on a master’s degree in public affairs. Once he completes the degree, he intends to return to Pakistan to put his education into practice.

“I realized that, long-term, public policy was the way I could best address social issues,” says Shayan, who earned a bachelor’s degree in mechanical engineering from the Ghulam Ishaq Khan Institute of Science and Technology in Pakistan in 2015.

He credits his parents, both retired university professors in Pakistan, with planting the seed for this life change. His mother taught Pakistani studies, his father statistics. They challenged him, he says, to think both ambitiously and practically.

“Our dinner table discussions covered the great moral issues of the day, but also the socio-political realities of how to get things done,” he says.

The scholarship fund is a small gesture that can make a big difference in a young person’s life, he says. So far, the money has come from Shayan and his friends and family. He hopes to broaden the fundraising in the years ahead to fund more scholarships.

The story of the boy’s heroics still affects Shayan profoundly. During an interview, he teared up as he recounted it.

“It’s just hard to imagine a child so conditioned to terrorism that he is able to identify a suicide jacket. And then to not run away but to confront the man. Aitzaz understood what he did. He sacrificed himself to save 2,000 of his fellow students.”