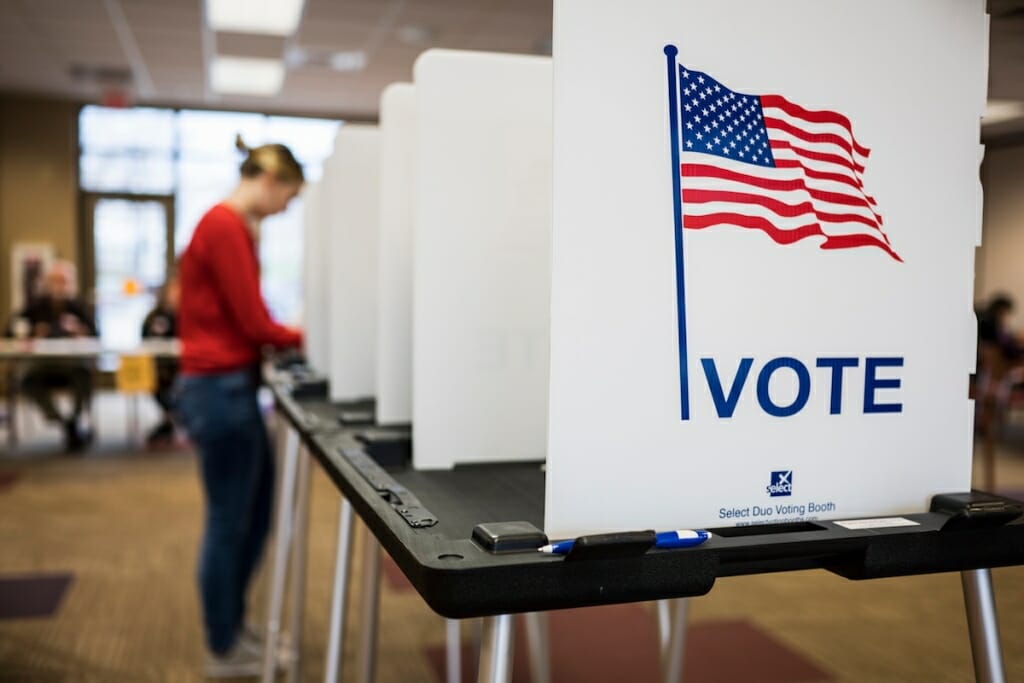 The first of three 2020 battleground surveys from the UW–Madison Elections Research Center shows how Democratic candidates will fare against President Donald Trump in the November election. Photo: Jeff Miller

New surveys in three key battleground states show Sen. Bernie Sanders with sizable leads in the Michigan and Wisconsin Democratic primaries, but a closer contest among Democrats in Pennsylvania. The surveys were conducted February 11-20.

All three states appear to be in play in the November general election. Democratic candidates are either slightly leading or tied with President Donald Trump in head-to-head matchups, although the differences are generally within the statistical margin of error.

These findings are from the first of three 2020 battleground surveys from the UW–Madison Elections Research Center. The poll in Wisconsin is conducted in collaboration with the Wisconsin State Journal. 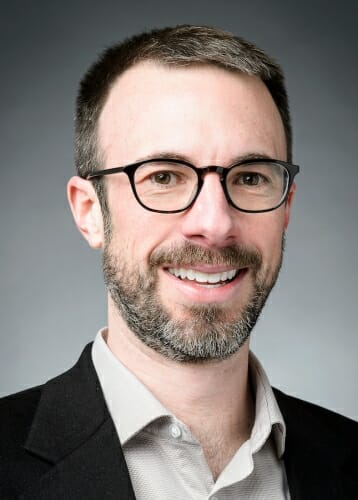 Barry Burden, professor in the Department of Political Science and director of the Elections Research Center.

“Sanders is well positioned to pick up the lion’s share of delegates in these states unless another Democrats breaks away from the pack to challenge him,” said Barry Burden, political science professor and director of the ERC.

“All three states are up for grabs in 2020,” said Burden. “Trump is in a more difficult position in Michigan than the other two states, but each of the Midwest battlegrounds could be won by either party, almost regardless of who becomes the Democratic nominee.”

Sanders is the leading Democrat in all three states. Registered voters who plan to vote in the Democratic primary are more likely to choose him than any other candidate. He leads by a substantial margin in Michigan with a more commanding lead in Wisconsin. In Pennsylvania, former Vice President Joe Biden and former New York City Mayor Michael Bloomberg are closer behind. The top five candidates are all generally near the 15% threshold that Democrats use for awarding delegates both statewide and on a district-by-district basis.

The survey results are likely to be most predictive in Michigan, where the March 10 primary is the first of the three state contests. Presidential primaries take place in Wisconsin on April 7 and Pennsylvania on April 28. In 2016, Sanders finished first in both Michigan and Wisconsin, but was second to Hillary Clinton in Pennsylvania.

A demographic breakdown shows some sources of candidates’ support. Combining the three states, Democratic primary voters do not differ much in their choices by gender but do by race and age. Biden remains the top choice of black voters whereas Sanders is the leader among whites and Hispanics.

Following patterns in other parts of the country, the starkest divide among Democrats is by age. Sanders is the pick of a majority of those under 30 years old but only one out of 10 voters from among those 65 or older. Older Democratic primary voters are more divided in their choices but generally find Biden and Bloomberg most appealing.

Although small in number, union members in the three states are more likely to prefer Biden and Sanders, whereas non-union members are more divided across the candidates. Biden and Warren get higher levels of support in urban areas than they do in rural communities. Buttigieg is the opposite, faring best in small towns and rural areas. Warren’s supporters are more likely to have college degrees, but otherwise there are few differences by levels of education.

Electability may not be the top concern for Democratic primary voters. Respondents who intend to vote in the Democratic primary were directly asked to explain the reasoning for their support. When asked to pick the main reason they preferred their candidates, the top choice among six options was “I agree with them on most issues” (34%) followed by “They have the best chance at beating Donald Trump” (20%) and “They are the most qualified to be President” (19%).

Only one third of Democratic primary voters said it was “difficult” to pick a candidate. Sanders supporters were even more assured. Only 23% called the choice a difficult one. Supporters of Bloomberg, Buttigieg, and Warren all found it harder.

Democratic primary voters were also asked whether they backed their candidate strongly or not strongly. The majority (67%) said their preference was strong. Backers of Biden, Sanders, and Warren were especially strong in their support.

Respondents who intend to vote in the Republican primary were asked which candidate they thought had the best chance of beating Donald Trump. The overwhelming majority (63%) said they were not sure.

The ERC survey shows that leading Democratic candidates are competitive with Trump in all three battleground states. Among registered voters, hypothetical head-to-head matchups show Democrats with a slight advantage on average, but not one that comfortably exceeds the survey’s margin of error. None of these states will be easily won by either party.

Turning out new voters may be an important key to Democratic success this election year. Voters who did not turn out in the 2016 presidential election are especially favorable to Democratic candidates in 2020. Combining the three states, 82% to 89% of those who voted for Clinton in 2016 plan to vote for the Democrat in 2020. A higher share of those who voted for Trump (89% to 93%) plan to vote for him again in 2020. However, respondents who did not vote in 2016 favor each of the Democrats over Trump by double-digit margins.

Two-thirds of respondents said that America is “ready” to elect a woman president. This belief is widely held among Democrats (80%) and independents (74%), but much less so among Republicans (47%).

Trump’s job approval is similar across the three battleground states, with about 43% of respondents strongly or somewhat approving of his performance and 53% disapproving. He fares slightly worse in Michigan where his general election chances are also in greater jeopardy.. A majority of respondents in all three states believe the country is on the “wrong track” rather than the “right direction.”

More About the Survey

This is the first of several surveys in Michigan, Pennsylvania, and Wisconsin that will be conducted during the 2020 election season by the ERC in partnership with the Wisconsin State Journal for all polling done in Wisconsin.

Michigan, Pennsylvania, and Wisconsin all voted for Democratic presidential candidates going back to the 1980s but flipped to the Republicans in 2016 to help President Donald Trump win the Electoral College.

Surveys of voting age adults were conducted by YouGov under the direction of the ERC. YouGov is a leading marketing and polling firm that conducts surveys for news outlets such as CBS News, the Economist, and the Huffington Post. Interviews were conducted online with respondents selected from YouGov’s opt-in panel. The sample was selected and weighted to reflect the adult population in each state based on gender, age, race, and education.

The sample sizes were 1,300 in Michigan, 1,300 in Pennsylvania, and 1,000 in Wisconsin. The margin of error for the full sample in each state ranges between plus or minus 3 to 4 percentage points. The margin of error will be larger for subsamples but smaller when the three state surveys are combined.

More results and information about the poll are available on the Elections Research Center’s web site: elections.wisc.edu.

Experts from the University of Wisconsin–Madison’s Elections Research Center are available for analysis of the ERC Battleground Poll and the ERC-Wisconsin State Journal Poll. Bookings are available at UW–Madison’s ReadyCam studio for live or taped satellite interviews.