Autumn sports on campus are about more than touchdowns.

Now’s a good time to point out that it’s been a remarkably successful year so far for Badger women’s sports teams, and it may get even better. Join in the excitement by following these remarkable athletes: 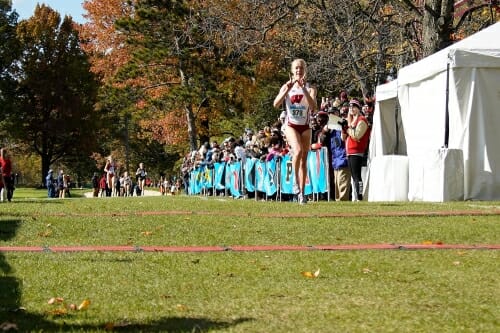 – The Badger women’s cross-country team has been a force, rising to a No. 7 ranking nationwide. Alicia Monson was the standout runner, defending her 2018 individual title to win back-to-back B1G championships by running the 6,000-meter race in just 20 minutes, 5.4 seconds. Monson is the first runner in 19 years to win back-to-back Big Ten championships for Wisconsin, becoming only the fourth Badger to do complete the feat. Next up for the women is the NCAA Championships on Saturday in Terre Haute, Indiana. The 9th-ranked men’s team also earned a bid. 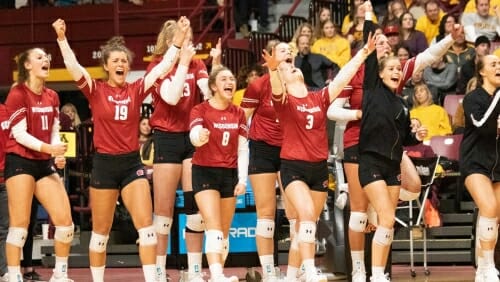 The volleyball team celebrates a win over Minnesota. UW Athletics

– The Badger volleyball team is ranked No. 3 in the country after coasting to a 15-1 conference record and a 19-5 overall record. In the team’s most recent matchup against Michigan State, Molly Haggerty and Sydney Hilley led the team to a season sweep of the Spartans and earned Big Ten weekly honors in the process. The Badgers are destined for the NCAA tournament, but before then the team will have to navigate a difficult closing stretch of conference play in their match-ups against #6 Nebraska on Nov. 24 and No. 8 Penn State on Nov. 29. Be sure to tune in and cheer on the team as they hope to close out the season atop the Big Ten. 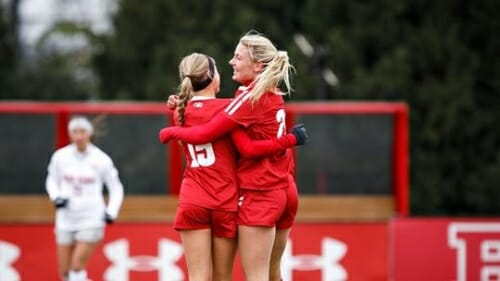 – The Badger’s women’s soccer team has performed stoutly throughout the season, clinching the outright Big Ten title and earning a ranking of No. 10 in the country. After an impressive 15-3-2 overall season record, the Badgers carried their season momentum into the NCAA tournament and beat their 1st round opponent Milwaukee 1-0. The team hopes to build of this victory in their second-round matchup against Duke on Friday. 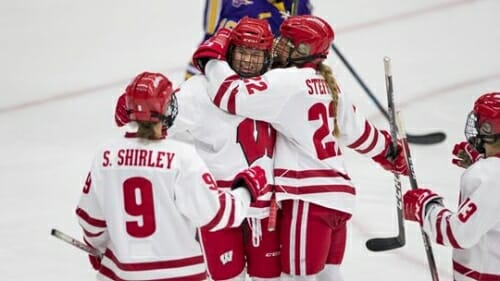 – Not to be overlooked is the University of Wisconsin’s women’s hockey team, who are the defending National Champions and were the top-ranked squad entering the season. After dropping a game to their second ranked rival, the Minnesota Gophers, the team fell to second in the country. However, the team has performed like a title contender, coasting to a 12-1-1 record. Look for the Badgers to continue their success going forward in their matchup against St. Cloud State on Friday.