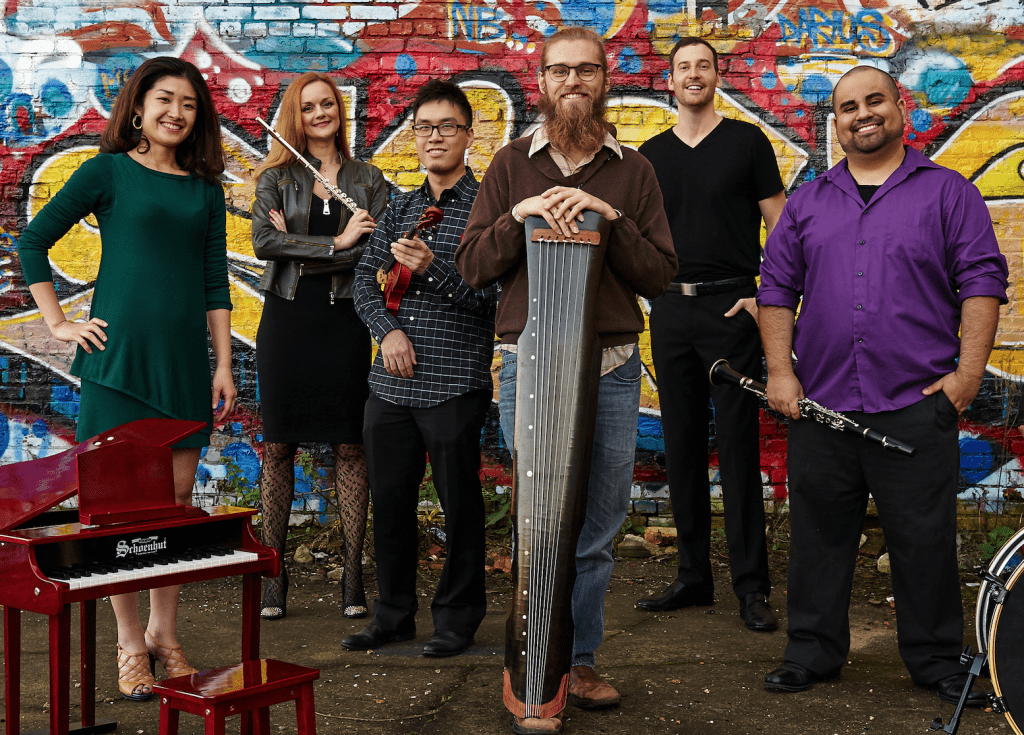 Classical music is more varied than most people realize: It goes beyond violins and Vivaldi.

“The ensemble started because a few people in the school wanted an outlet for contemporary music, and there was no opportunity, institutionally, to do so,” states pianist and ensemble member Kyle Johnson. “It started from there.”

Sound Out Loud’s members have received national and international acclaim.

Some members have received their education and performed abroad, including violinist Biffa Kwok, a native of Hong Kong and flutist Iva Ugrčić, of Serbia. Both are doctorate candidates in music at UW–Madison. Pedro Garcia III, the ensemble clarinetist, received his bachelors degree in music from the University of North Texas and his masters of music from UW–Madison. He now both plays and teaches music in the Madison area.

“All of us are classically trained in music institutions,” says Johnson, a Kentucky native who is now a doctoral candidate at UW–Madison.

Cellist Brian Grimm brings much of his experience in international music — specifically Asian and Middle Eastern influences — to the group’s performances. Satoko Hayami, a pianist, has performed in venues such as the Kennedy Center for Performing Arts in D.C. and the Cleveland Museum of the Arts. She’s a doctoral candidate at UW–Madison as well.

There are certain misconceptions, Johnson stated, that people have in regard to contemporary ensemble music.

“In general, when people hear contemporary music (in terms of classical music), it’s something that’s very complex, inaccessible, or dissonant. We try to present it in a way that’s accessible,” explains Johnson.

If the music sounds scary or angry, the musicians think of ways to present it that engages the audience. Their performances also feature visual elements.

The ensemble was the 2017-18 winner of The American Prize in Chamber Performance in the college/university division. The competition recognizes the best performing artists, ensembles, and composers in the United States based on recordings submitted by the applicants.

The pieces that the ensemble plays are all ones that the members know and have wanted to play. The approach they take in selecting performance pieces depends either on works they’re interested in as individuals or on a theme that they choose pieces around. If they want to have more of a political theme, for example, that narrows their options.

This summer, Sound Out Loud will be the ensemble-in-residence at the LunART Festival in Madison, a festival devoted to female composers.

“It’s probably best to enter into a concert situation without any judgment towards the music,” advises Johnson. “Approach it with a broad and empty mind. See the performance as an experience, rather than ‘just listening to some music’.”