The Office of the Provost is soliciting proposals from faculty, staff and students for the 2018 Ira and Ineva Reilly Baldwin Wisconsin Idea Endowment grant competition. This endowment helps foster the Wisconsin Idea: the principle that the knowledge, ideas and solutions generated at the university should benefit the people of Wisconsin, our nation and the world.

Proposals are encouraged for new outreach and public engagement activities that partner with community and off-campus organizations to extend and apply our research, education and clinical knowledge to help solve problems or take advantage of opportunities. Awarded projects may begin using the Baldwin funds on or after July 1, 2018, and projects may extend for up to three years. The committee will again consider funding approximately ten Seed projects of $4,000 or less, in addition to larger awards of up to $120,000. The amount granted each year is determined by the annual income from the Ira and Ineva Reilly Baldwin Wisconsin Idea Endowment. This year we anticipate we will make awards totaling approximately $800,000.

Please see provost.wisc.edu/baldwin-wisconsin-idea-endowment for detailed pre-proposal guidelines and instructions for budget preparation. Also available on the website are lists of previously funded projects. The Baldwin Wisconsin Idea Endowment grants will now be submitted via the web, with an email approval process at the department chair and dean/director levels.

Toward the end of January 2018, we will announce Seed project award recipients, as well as which pre-proposals have been selected for advancement to the final proposal stage. We anticipate announcing the final selection of full proposals in mid-May, 2018.

Questions may be directed to Eden Inoway-Ronnie in the Office of the Provost. Please send inquiries via email (eden.inowayronnie@wisc.edu). 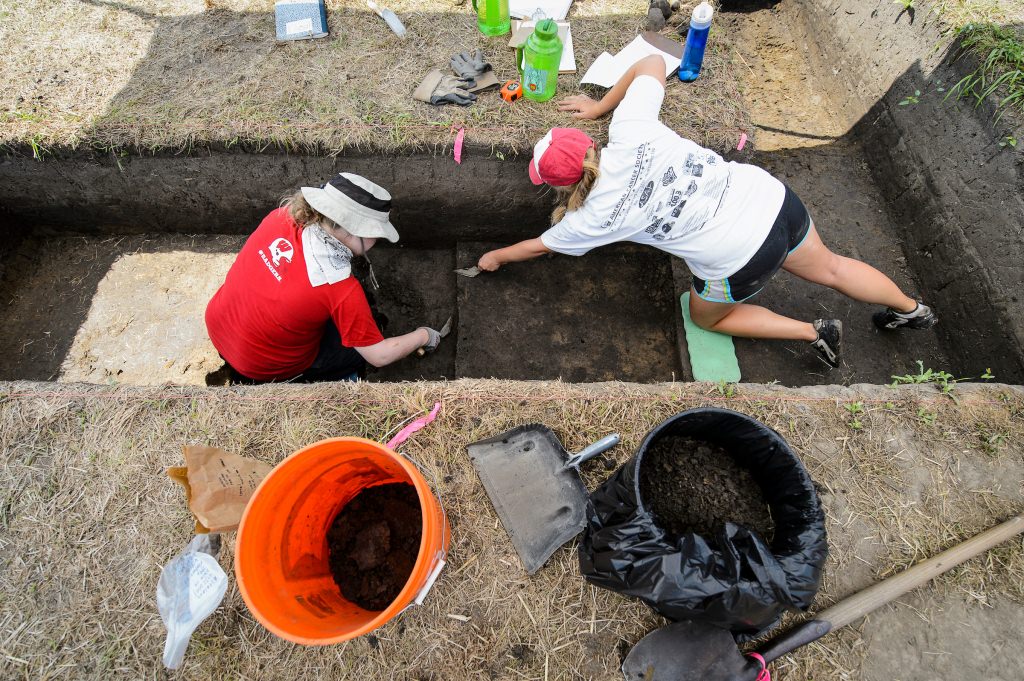 An archaeological dig at Aztalan State Park near Lake Mills in 2016 included a public outreach and education event, funded by a grant from the Ira and Ineva Reilly Baldwin Wisconsin Idea Endowment. Photo: Jeff Miller