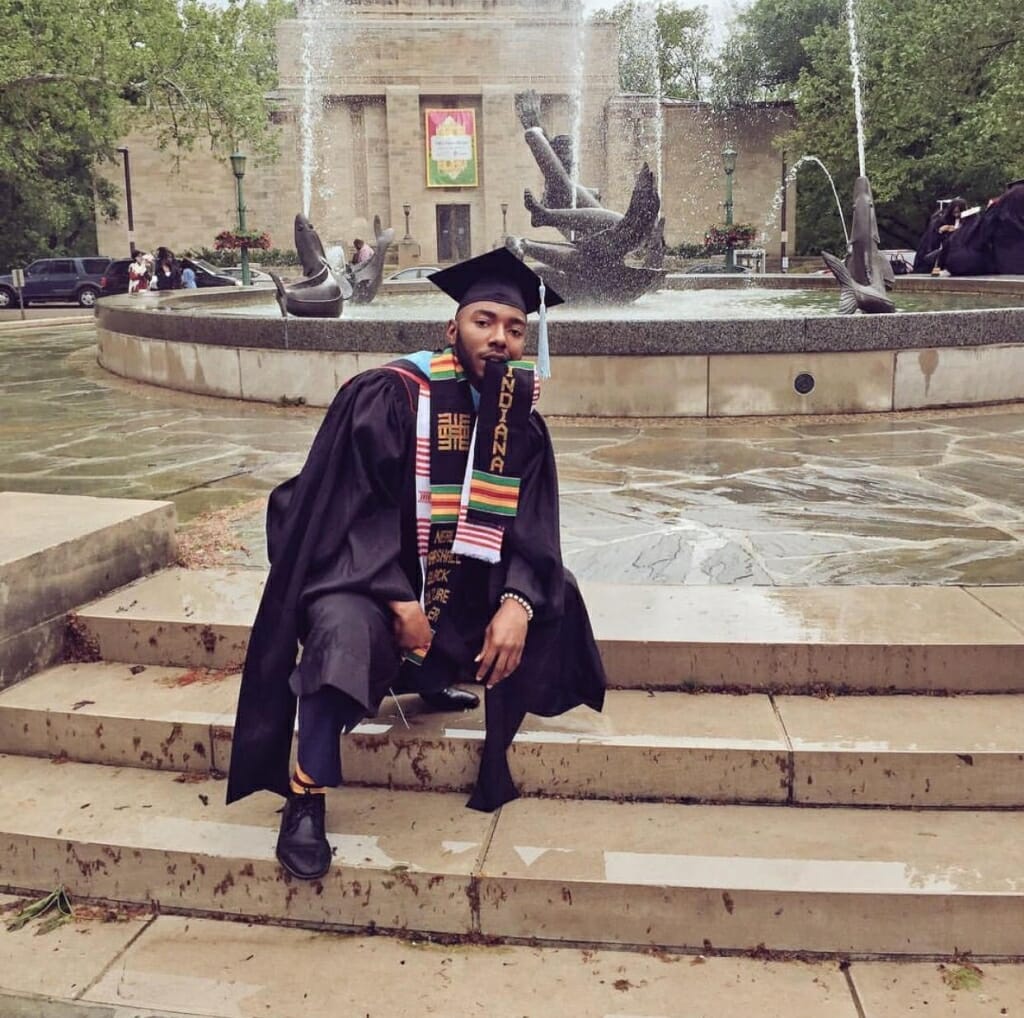 Last spring, Wright reached out to his best friend, Brian Allen, seeking a way to publicly celebrate the accomplishments of black graduate students across the country. 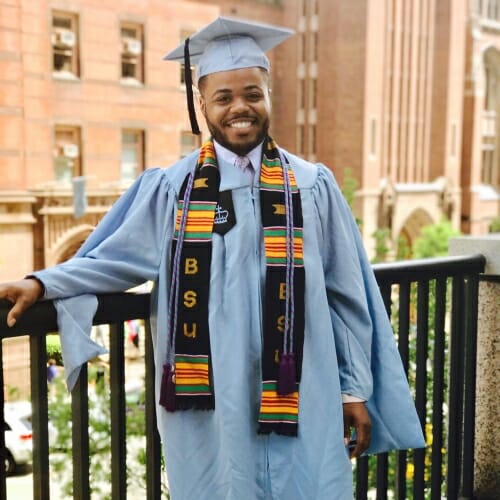 The enthusiastic response led Wright and Allen to expand on the idea. They created a #BlackandHooded website, which displays many of the photos and connects prospective and current black graduate students with black professionals who’ve earned advanced degrees. Nearly 400 students and alumni from more than 50 universities are now linked through this national mentoring network. 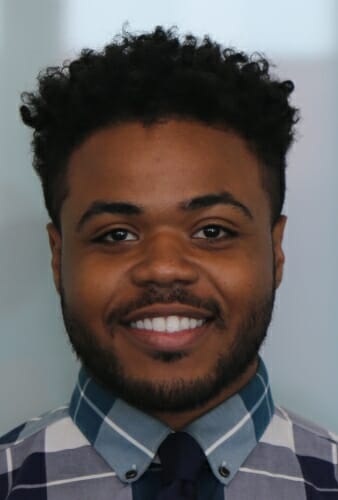 This commencement season, Wright and Allen are again promoting the hashtag to a new class of black graduate students. The hashtag already has been used more than 10,000 times across Facebook, Twitter and Instagram, according to Wright, a Milwaukee native who now works as a career advisor at the Wisconsin School of Business at UW–Madison.

“I’m still in disbelief over the size and scope of what this has become,” he says.

“This is no longer about just social media,” says Allen, a native of Waukesha, Wisconsin. “We think this has the potential to change the ideology and thought patterns around black students and education.”

The idea for the hashtag grew out of a conversation Wright had with a black undergraduate student in the spring of 2017 at Indiana University, where Wright was serving as a residence hall supervisor while completing his graduate coursework. The student, a member of the residence hall staff, told Wright she found it personally inspiring and meaningful that her supervisor was an African-American earning a master’s degree. 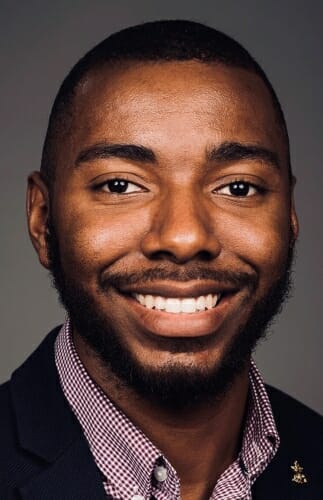 They tossed around numerous hashtags, with Allen suggesting #BlackandHooded. The name works on two levels, Wright says. At its most basic, it refers to university hooding ceremonies. As a student attains an advanced degree, a university official typically replaces the student’s mortarboard with a hood as a symbol of passage from student to “master.”

The second meaning alludes to the national conversation around black youth and hoodies that emerged after the 2012 death of Trayvon Martin, Wright says. Trayvon, a black teenager wearing a hooded sweatshirt, was shot to death in a gated Florida community by a neighborhood watch volunteer who said he acted in self-defense. The man was not criminally charged.

“Oftentimes, the images people associate with a hoodie are negative, as if it somehow represents aggressive or suspicious behavior,” Wright says. “We wanted to juxtapose that image with one of a black person in a master’s hood. It’s a way to redefine the image, although I want to be clear that there’s nothing wrong with people wearing hoodies. This just adds another positive image to the conversation.”

The hashtag promotes academic success while taking a political stance, says Allen, who is pursuing a doctorate at Columbia University.

“I love that folks who invested time, money and work in acquiring advanced degrees are boldly declaring themselves black and hooded,” he says. “It really combats the idea that black undergraduates are not inclined to pursue advanced degrees or that they are prone to dropping out of graduate school. It changes the narrative.”

Kiara Childs, one of the four #BlackandHooded scholarship winners last fall, says the movement has given her confidence to claim her place in academia and to persevere through challenging times.

“I often wear a black hoodie as a symbol of resistance, to show that I have just as much right to be where I am as anyone else,” Childs says.

The Milwaukee native graduated last spring with a bachelor’s degree in journalism and mass communication from UW–Madison. She is now working toward a master’s degree and a doctorate in communication studies at the University of North Carolina at Chapel Hill.

Several offshoots of #BlackandHooded, including #BrownandHooded and #QueerandHooded, have emerged independently, a development Wright and Allen fully embrace.

“I think it’s beautiful any time we can highlight marginal communities and folks who come from less-dominant backgrounds.”

“From the start, we’ve wanted this to be an inclusive space,” Allen says. “I think it’s beautiful any time we can highlight marginal communities and folks who come from less-dominant backgrounds. We know many challenges remain when it comes to non-majority students and academia.”

The hashtag effort has been an unexpected way for Wright and Allen to remain close. The two met as high school freshmen in a college prep scholarship program at UW–Madison called PEOPLE. The program supports students of color and low-income students, most of whom are the first in their families to pursue college degrees.

As the two work on new ideas for #BlackandHooded, many of their conversations begin with, “Wouldn’t it be cool if . . .” Their next big dream is to turn the hashtag into a sustainable nonprofit organization.

“I’m not satisfied,” Wright says. “There’s so much more we can do.”

For the 2018-19 academic year, #BlackandHooded plans to award six $500 scholarships to first-year black graduate students pursuing advanced or professional degrees. The scholarship application will go live on June 1 on the #BlackandHooded website. Applications are due July 31. To learn more about the scholarship fund and ways to donate, visit blackandhooded.com.