What are cosmic rays? Why do they matter?

Cosmic rays are charged subatomic particles that constantly rain down on Earth from all directions.

Discovering where high-energy cosmic rays come from has been a grail of physics since their discovery.

Cosmic rays first came to the notice of scientists not long after the discovery in 1896 of radioactivity from chemical elements like uranium. The ionization of the air – atmospheric electricity – was at first mistakenly attributed to radioactive elements on Earth. 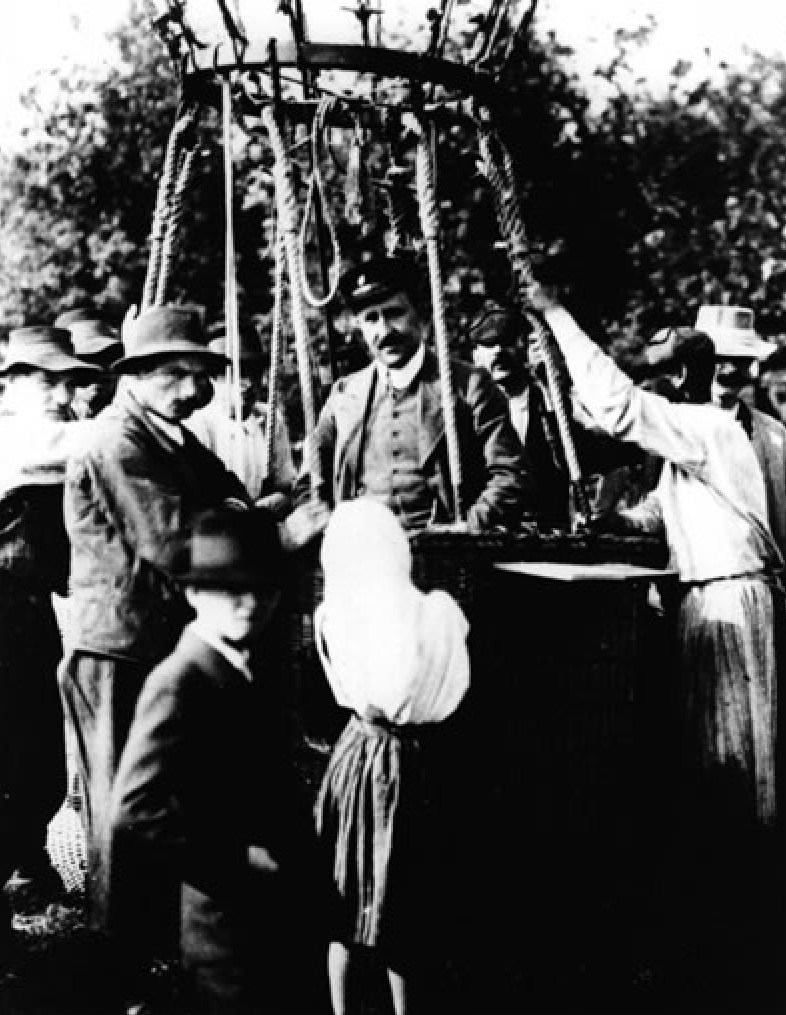 Austrian physicist Victor Hess in the balloon he used to determine that the energetic particles sensed in the air came from space.

That notion was dispelled in 1912, however, and the field of cosmic ray physics was born when the Austrian physicist Victor Hess, at great personal risk, carried devices known as electrometers high into the atmosphere in a free-floating hydrogen balloon to measure ionization rates at increasing heights. At an altitude of more than 17,000 feet, Hess discovered that the rate of ionization was nearly four times greater than at ground level, demonstrating that the ions zipping through the air were of extraterrestrial origin.

After the discovery of cosmic radiation by Hess, a feat that would win him a Nobel Prize in 1936, the next questions for the new field of cosmic ray physics was, what are the particles made of, and how does nature make them? Where do they come from?

Most of the high-energy particles that come from space, scientists now know, are protons – the atomic nuclei of hydrogen, the most abundant element in the universe. Helium and most other elements are also represented in the cosmic ray mix, but to a far lesser extent than hydrogen.

By the 1930s, cosmic rays had become an important window to the particles smaller than atoms. When cosmic rays arrive at Earth, they can collide with the nuclei of atoms in the atmosphere, creating a shower of billions of secondary particles. Until humans built the first particle accelerators in the 1950s, cosmic rays were the only way to study particles smaller than atoms. The particles raining down on Earth from cosmic ray events, and science’s growing ability to detect and parse the variety of secondary particles in the showers, led to a string of important discoveries. Positrons, muons, pions, kaons and more were sorted out of the subatomic clutter beginning in the 1930s, adding to a growing zoo of particles.

But finding out where cosmic rays originate is a more difficult task, because as the charged particles transit space, their trajectories are scrambled by the powerful magnetic fields that litter interstellar and intergalactic space. In short, there is no straight path back to a source such as a photon of starlight provides astronomers, notes UW-Madison physics professor Justin Vandenbroucke.

So discovering exactly where the more energetic cosmic rays come from has been a grail of physics since their discovery. Suspected sources include some of the most violent phenomena in the universe, objects that act as massive accelerators – far more powerful than any on Earth – to send the particles flying through the universe at light speed. The most common low-energy cosmic rays come as a stream of charged particles from the sun, a phenomenon known as the solar wind. The highest energy cosmic rays, scientists think, may be emanating from supernova remnants, gamma ray bursters, crashing galaxies and a class of objects known as active galactic nuclei, the black hole cores of massive galaxies.

“The very highest energy cosmic rays are extragalactic,” says Vandenbroucke, “and from IceCube measurements we think that blazars are not the only source.”

Blazars, the type of object identified by the IceCube, MAGIC and Fermi observatories as the first identified extragalactic source of cosmic rays, are a type of active galactic nuclei. They are distinguished by the twin jets of energy and matter blasting laser-like from the poles of a rapidly spinning supermassive black hole at the center of the galaxy. When a jet from an active galactic nucleus is pointing directly at Earth, that classifies the object as a blazar. Moreover, the jets sometimes flare for periods ranging from minutes to months, becoming as much as 10 times brighter.

The key to identifying the blazar as a source of cosmic rays is the high-energy neutrino: a nearly massless, uncharged particle that, unlike cosmic rays, travels in a straight line from its place of origin, believed to be the same kinds of distant accelerators that generate cosmic rays.

IceCube, the world’s largest particle detector by far, was built for the express purpose of detecting high-energy neutrinos generated in accelerators millions and even billions of light years away. When a neutrino crashes into a proton it creates a muon, which, in turn, creates a streak of pale blue light when travelling through a medium such as the deep Antarctic ice that makes up the IceCube detector. When such an event occurs in or near IceCube, the light is detected and mapped by the observatory’s ice-bound grid of 5,160 sensors, providing a pointer to the region of space where the neutrino originated. When IceCube detects the highest energy neutrinos, as it did on Sept. 22, 2017, within a minute it automatically sends out a public alert to observatories worldwide to look in the direction the neutrino came from.

The MAGIC, or Major Atmospheric and Gamma Imaging Cherenkov Telescope, and NASA’s Fermi space telescope are gamma ray telescopes. Gamma rays are the most energetic type of photon. Looking in the direction the neutrino detected by IceCube came from, the telescopes zoomed in on a known blazar, billions of light years away but within less than 0.1 degrees of the spot the neutrino indicated, a direct hit.

“Now we have identified at least one source that produces cosmic rays because it produces cosmic neutrinos,” says Francis Halzen, a UW-Madison professor of physics who serves as the principal investigator for the IceCube Neutrino Observatory. “Neutrinos are the decay products of pions and kaons. In order to produce them you need a proton (read cosmic ray) accelerator. So, sources of neutrinos are also sources of cosmic rays.”

Suspected sources of cosmic rays in association with neutrino events have been identified several times before, including by IceCube and its predecessor at the South Pole, AMANDA, or the Antarctic Muon and Neutrino Detector Array, a much smaller and less sensitive version of the current detector. But those coincidental sightings alone were not enough to claim a discovery.

Solving the Mystery of Cosmic Rays

What is a blazar?

What is multi-messenger astronomy?