Clyde Stubblefield wasn’t just a drummer. He was an innovator and an inspiration to musicians, both in his adopted home of Madison and around the world.

Stubblefield died Feb. 18 at the age of 73 from kidney disease. Before his death, he had been selected by the UW–Madison Committee on Honorary Degrees and Chancellor Rebecca Blank to receive an honorary degree May 12 at the Kohl Center prior to spring commencement. He will now receive the award, which was endorsed last fall by the UW System Board of Regents and the UW–Madison Faculty Senate, posthumously. 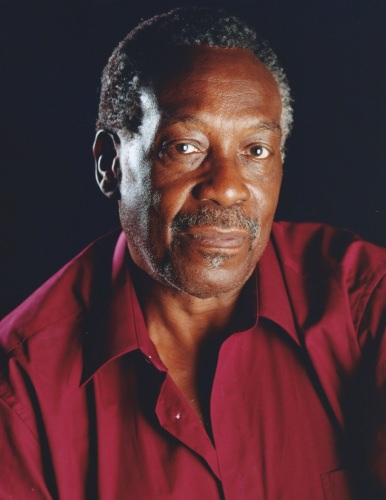 “It is impossible to overstate the impact Stubblefield has had on the world of drumming,” said UW–Madison Professor of Percussion Anthony Di Sanza in a letter nominating Stubblefield for the degree. “He has inspired generations of drummers with his syncopated, yet flowing rhythmic grooves that combine effortlessly with his unique musical taste and sensibility. For many of us living in the world of drums and percussion, he is a trailblazer and a hero.”

Honorary degrees from UW–Madison recognize individuals with careers of extraordinary accomplishment. The Committee on Honorary Degrees looks to sustained and characteristic activity as its warrant: uncommonly meritorious activity exhibiting values that are esteemed by the UW. Preference is given to persons who are connected in some significant way with the state or the university.

Stubblefield was born in Chattanooga, Tennessee, but called Madison home since the 1970s.

For years, he kept the beat for James Brown, performing on “Funky Drummer,” a song with a drum break that is among the world’s most sampled, being used by Public Enemy, Beastie Boys, Prince, George Michael, Sinead O’Connor, and many others.

Stubblefield used music to help bring people together, playing with Brown at Boston Garden after the death of Martin Luther King Jr., and performing for soldiers in Vietnam as part of Brown’s band.

From the early 1990s to 2015, he performed on the nationally syndicated public radio show “Michael Feldman’s Whad’Ya Know” on Wisconsin Public Radio.

His innovative style was recognized in 1990 when he was named Drummer of the Year by Rolling Stone. In 2016, Rolling Stone again honored him, naming him the sixth best drummer of all time.

In 2000, he was inducted into the Wisconsin Area Music Industry Hall of Fame. In 2004, he received the lifetime achievement award at the Madison Area Music Awards. Madison Mayor Paul Soglin declared Oct. 10, 2015, Clyde Stubblefield Day.

“Mr. Stubblefield has long helped shape the local music culture of Wisconsin through his inspiring performances, his mentorship of local musicians, and his many educational activities at countless drum clinics at schools and music studios,” said Johannes Wallmann, associate professor of music at UW–Madison, in his letter supporting Stubblefield’s nomination for an honorary degree. “His generous support of the local music scene has made him a beloved figure in Madison, and his presence here has helped make Madison the music city it is.”

Other recipients of honorary degrees at spring commencement will be announced closer to graduation. For more information about the ceremony, visit https://commencement.wisc.edu.